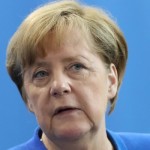 The euro has recently rallied back to the highs it reached on the night of the US election, on the back of the improved economic outlook for the Eurozone that has emerged over the course of 2017.

The question is whether the currency can maintain this momentum.

Tim Muirhead, director of Arbidyne, sees value in the euro for now.

“Our view is based on the strength of the German economy, the chance for genuine reform in France and the purchasing power discount of the euro compared to the US dollar,” he says.

As the beaten-down European economy recovers, Muirhead expects to see tightening monetary policy, and at the same time a rising euro. “We believe the US dollar will underperform the euro over the rest of the year,” he says.
The improvement in the European economy, which started in Germany and has now spread broadly across the European Union, has changed the conversation around European Central Bank monetary policy, says Greg McKenna, chief market strategist at AxiTrader.

Across the Eurozone as a whole, economic data has been tracking well, with unemployment, manufacturing forward orders and GDP all improving.

“While it is too early for the European Central Bank to adjust interest rates, traders are now betting that at some point this year the ECB will signal a further tapering to its €60 billion ($89 billion) a month bond-buying program,” says McKenna.

“But with inflation recently slipping back to 1.4 per cent from a spike which took it to 1.9 per cent, which is near the ECB’s goal of 2 per cent inflation, ECB president Mario Draghi is likely going to be able to forestall the change in policy for some months,” he says.

Disparity in interest rates will be the key driver of the euro over the course of the year. The ECB indicated at its recent meeting it does not plan to end its stimulus program in the immediate term.

“At present, the euro is likely to struggle as the US Fed raises rates and the ECB demurs. But as we head toward 2018 the improved outlook for the EU will necessitate a changed ECB policy, which will then support the euro,” McKenna adds.

Marc Lim, head of sales at AFEX, which provides currency risk management services, says renewed confidence in the Eurozone following the French election result in May has buoyed the euro recently.

“We have seen a real shift for the currency following a period of prolonged expectation the euro would move below parity with the US dollar during the first quarter of 2017,” says Lim.

There were major concerns for the euro when Britain triggered its exit from the European Union in March, with the Italian and French elections due shortly after.

Both elections were tipped to go to political parties led by the far right. As Lim explains, markets tend to sell the rumour and buy the fact. This dynamic can explain the movement of the euro in the early part of this year.

“Article 50 was triggered with little impact to the UK economy, and largely the UK has benefited from a drastically weaker pound and also gained through inflation pushing back into the Bank of England’s 2 per cent to 3 per cent target band,” Lim explains.

“The euro has been on an upward trajectory since the beginning of April and traded in largely the same range it traded in last year. German elections are likely to provide (Chancellor) Angela Merkel with another term, and for now, we should expect to see further gains for the euro in coming months,” Lim says.

However, markets have a tendency overreact to unexpected events, something traders should consider. For instance negative sentiment could emerge as a result of the ongoing bailout program for Greece and any potential extensions or increased default risk attached to this.

Possible European bank credit concerns and other geopolitical tensions that would affect not just the Eurozone but also global markets could also affect the euro.

As to how the euro is likely to perform against the other major currencies, Lim expects it to outperform the US dollar in the near term.

When it comes to the euro against the Japanese yen, Lim says this is a little trickier to predict, as the yen is a proxy for risk.

“The yen has been favoured recently alongside gold as investors run to safe havens to park funds,” he explains. But this may be challenged if calm returns to global markets for the remainder of the year.

The euro should also do relatively well against the British pound as the latter currency struggles to come to grips with the outcome of the recent UK election, which saw the Conservative party hang on to power but with a minority government.

As for euro against the Aussie dollar, expect further losses for the latter to the end of 2017.

Says Lim: “Given the potential for further gains from the euro, and concerns from the RBA around the housing market and strength of the local economy broadly, we should expect to see support for the Aussie dollar against the euro challenged in the coming months.”

However, aside from ECB actions, the German election is the most critical event for the euro coming up for traders to watch.