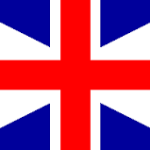 The immediate impact from Britain’s decision to leave the European Union, aka Brexit, has been on the pound sterling, with the currency suffering major losses since the decision.

It has recently traded at near 10-year lows against the US dollar and lows against other major currencies as well.

Experts say the market is ignoring the fundamental strength of the British economy and is instead focused on the uncertainty stemming from the Brexit situation, with no clear indication as to how this will unfold as yet.

Chris Weston, chief market strategist with IG Markets, says the market is not looking at the near-term data in Britain, which has been relatively strong. Instead it is focusing on how Britain looks in two years’ time.

“There’s no clarity around this and traders have been selling pounds. They are also seeing a drive to put immigration as a key concern and many suspect the UK will lose full access to the European Union free market and revert to World Trade Organisation tariffs, although these have been falling for a number of years now. There is also great concern about investment, and naturally this will affect growth in the coming quarters,” Weston says.

He expects the euro and the pound will trade towards parity in the near term. “The 3 per cent current account surplus in Europe is helping curb European banks from exporting capital abroad, which is keeping the euro strong. Issues with the likes of Deutsche Bank are seeing other European banks move money back home to address balance sheet issues to make them stronger, which is supporting the euro,” Weston says.

BoE in the driving seat

Michael McCarthy, CMC Markets’ chief markets strategist, says the Brexit situation notwithstanding, the main impact on the pound and also the euro is likely to be central bank interest rates.

“Mark Carney, the head of the Bank of England [BoE], has already said they’re going to look through any strength in the upcoming numbers to maintain a highly liquid and accommodative stance. That reduces the impact of a lot of the data releases,” he adds.

Aside from central bank actions, the other major driver for the euro will be the US dollar, McCarthy says, and he expects the euro to weaken over the coming period.

Longer term, a key indicator for the strength of the European economy and currency will be the release of the next purchasing managers’ indices in early November.

“Although there’s not likely to be any direct impact from the UK vote at this stage, any signs services or manufacturing have dropped away in the wake of that vote would be a concern,” McCarthy notes.

The Markit/SIPS Manufacturing PMI for October is forecast to be 54.2, down from 55.4 in September. Any measure above 50 indicates the sector is growing. The services PMI for September was 52.6 and this is expected to fall to 52.0 in October.

No such thing as a ‘soft Brexit’

McCarthy says traders will also be watching retail sales, as well as consumer price and trade data for any signs of weakness in the European economy.

“Germany will be a leading light for Europe and any impact there, particularly on exports, could influence the currency as well,” says McCarthy.

He does not give credence to suggestions there are systemic threats to the European economy as a result of any weakness from Deutsche Bank.

“The idea that there’s a systemic issue around that is absurd. Frankly, it shows a low level of economic literacy. Deutsche has €223 billion in liquidity lines. The idea that there could be a liquidity shift at Deutsche Bank is just so contrary to what the numbers tell us, you have to question the people who are making those calls.”

McCarthy notes there has been talk about a hard or soft Brexit, but the reality is there’s no such thing as a soft Brexit.

“It’s all in or all out. Everything we’ve heard, particularly from the European side of the fence, reflects that. If people in Britain think that there’s potential for a soft Brexit they are kidding themselves.

“At this stage, there’s very little weight to put on the idea that Britain won’t exit Europe. I suspect when it comes down to the detail of it and how it will impact the UK, there’s potential for rethink. The politicians are very keen to respect the electorate at this stage but, as the thorns start to come out, there could easily be a shift in public sentiment in the UK around this whole concept.”

As a result, Brexit is not a done deal, McCarthy says. “It’s certainly more likely than not at the moment but, because there’s no middle ground here, the hard reality might see public sentiment shifting.”

As a result, until there is some certainty about how Brexit will unfold, expect the pound to remain flat. Trading in the euro will be less Brexit-dependent and will be more aligned to what’s happening in the US market.