Volatility’s back – but that may not be bad 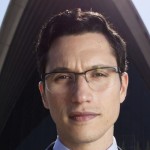 While some normalcy returned to sharemarkets in recent months, that’s now out the window and traders expect volatility to become much more pronounced as investors digest events in the UK and Europe.

Volatility isn’t bad news, however. As long as you’re on the right side of the trade, bumpy markets provide plenty of opportunities for investors.

Insync Funds Management chief investment officer Monik Kotecha says the profound impact Brexit has had on currencies aside, the situation has created plenty of opportunities for local investors to buy quality assets at very attractive prices.

“We’re likely to see ongoing volatility in Europe as it tries to work out what it’s doing and as the European construct comes under pressure. The idea is to buy into funds that have exposure to quality assets,” he advises.

He says one option for traders who have an international trading account is to look for multinational corporations that have their headquarters in the UK but do business mainly outside the British Isles.

“If their costs are mainly in the UK but their operations are outside the UK, the weaker pound is to their benefit if they convert earnings back into pounds,” Kotecha says.

He says businesses in this situation benefit from what’s called the translation effect. This happens at the end of the reporting period, when they will be required to convert overseas earnings back to British pounds.

He expects companies in this category to experience earnings upgrades, which should produce buying opportunities for investors.

He cites Unilever as an example, which maintains a UK listing as well as a listing in several other markets. “Only a small percentage of its sales are in the UK and 70 per cent are outside the UK and Europe. It has a big exposure to India and Africa, which are fast-growing emerging markets. Also, this business sells items that are bought by consumers on a daily basis, so their sales won’t be impacted [by any downturn] and there’s lots of growth ahead.”

Kotecha names spirits business Diageo as another example of a company that should do well given the current market turmoil. One of its main products is scotch, which is produced in Scotland. A depressed pound means its production costs are lower, but much of its earnings are outside the UK. So when it repatriates earnings it will benefit from the translation effect in much the same way that Unilever does.

VanEck Australia managing director Arian Neiron says a big beneficiary of the turmoil has been trading in exchange-traded funds. The day after the Brexit vote, $220 million in ETFs were traded in Australia. This compares with a normal trading day of about $60 million.

Gold ETFs have been popular as investors have sought flight to safety and quality.

“Investors are also moving away from concentration risk,” Neiron  says. “For instance, many are concerned about banks. So you see a move away from ETFs that track the ASX 200 because there’s the potential for the value of bank stocks to decline.”

He says there has also been an increase in intra-day trading of ETFs, which are often a buy and hold investment. “ETFs haven’t traditionally been in the day trader’s space, but we expect to see more day-to-day trading.”

Nick Radge, head of trading and research at The Chartist, which provide investors with share trading tools and guidance, says it is important to watch market volumes when markets are volatile. “That’s the fuel that drives the market.”

His advice to investors is to watch not just trading volumes but also market closes. “After Brexit, you saw lots of volume in the market but the market closed off its lows, which indicates demand from buyers, who took the opportunity to buy the dip. It was a very good indicator of what the smart money was doing.”

Radge says the current environment is favourable for value investors, who tend to buy good quality stocks when the market discounts them. “They are taking a contrarian approach,” he explains.

He expects the volatility to continue for some time, and this will require a nimble approach by traders to ensure they are not caught in the red when the market moves.

“Look for opportunities where prices have come back to a significant level of support. But don’t hang around in a position for too long. The idea is to buy and sell in a few days.”

As for how long the volatility will continue, that’s anyone’s guess at this point. Says Radge: “In a worst-case scenario, there will be a more prolonged dip. In our opinion the [Australian] market will trade between 4200 to 4400 points by the end of the year, which is a great buying opportunity. But a few days does not make a trend and the biggest issue for markets is political uncertainty.

“Central bank rhetoric suggests that they will do everything to stabilise markets, and the US is unlikely to raise interest rates and the RBA could cut again. In the near term, we see volatility with a downward bias, which should produce buying opportunities.”