What ETF investors can learn from the Spanish flu 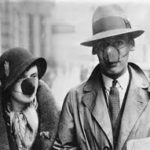 Share markets actually rose a century ago during the Spanish Flu. Buoyed by the euphoria that characterised the end of World War One, the Dow Jones Index experienced a 50 per cent increase between the end of 1917 and the end of 1919. This was followed by a sizeable but relatively short-lived global recession that wiped out these gains.

Moreover, at the time, very people even knew the Spanish flu was causing so much death and disease because Australia was living in a post-war era of censorship. But Spain, as a neutral country, was not. That’s why it was called the Spanish flu – because the media in that country were free to write about it, so people around the world assumed that’s where it came from.

“The world’s stock markets actually boomed during the Spanish Flu, the worst pandemic since the Great Plague. It’s the opposite of the panicked selling we’re seeing now and government actions to close down the economy,” says UNSW Business School professor Peter Swan.

He notes the government response to the Spanish flu was nothing like the actions being taken by governments around the world in response to the current pandemic. “People practiced social distancing and wore face masks in public, but the economy was not closed down for a lengthy period.”

To put events into perspective, Swan says people were not so concerned about the Spanish Flu given thousands died every day during the war.

“Deaths from COVID-19 are miniscule at the moment and nothing like the deaths of the regular flu during most winters,” he says. Flu kills less than 2000 people most flu seasons in Australia. Although the death toll from COBID-19 could rise rapidly even with much of the economy closed.

Swan notes closing the world economy has the potential to cause more deaths long term and hardship than the novel coronavirus. “Australia’s so-far more muted response to the coronavirus versus other countries hasn’t yet completely destroyed the local economy.”But he questions whether closing schools, small businesses, restaurants and sporting facilities will really be affective in stopping the spread of the virus.

“Morrison is doing a better job than most world leaders by doing less. If world leaders succeed in closing the world economy for a long period they will do much more harm than COVID-19 will.”

It’s a very different situation now, with globalised markets and the opposite to a sense of euphoria. Nevertheless, the principles of sound investing remain the same. A leading Australian exchange-traded fund (ETF) investor reminds market participants of the importance of diversification during times of market volatility.

Year-to-date, the S&P500, the ASX200 and the Vanguard Hedged International Shares ETF are all down about 28 per cent.

Chris Brycki, CEO of online investment adviser Stockspot says the current investment climate is a great test for ETFs. “They may have followed markets down, but they have performed as expected.”

Brycki says the performance of the share market after the Spanish flu is not relevant because it’s a totally different world. “The world is much more interconnected and we’ve had a 10-year bull market.”

He agrees diversification is key. “If you just owned banks at the moment, like many investors, you would have suffered a loss of between 40 per cent to 50 per cent. If you’d owned the broader market your losses would have been reduced.”

Despite share markets plummeting, Brycki says it’s a great time to invest. “The Singapore, Chinese and Hong Kong markets have started to perform better. The Australian, US and European markets – not so much.”

Brycki says the Chinese and Hong Kong markets have underperformed over the last 10 years. But we could now be at an inflection points and some emerging markets may start to outperform.

Commenting on the effect of a falling local currency, he also notes international ETFs that are unhedged will benefit if the Australian dollar continues to fall.

It’s a scary time for investors and, as always, difficult to pick the bottom of the market. Nevertheless, there will be money to be made in the weeks and months ahead.