What price your pet? 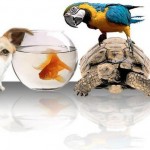 Australians are a nation of animal lovers, with one of the highest rates of pet ownership in the world. In fact, there are more pets than people in this country. So it’s not surprising pet care is big business. If you own a medium-sized dog, chances are he or she can cost you more than $100,000 during its lifetime.

According to Animal Health Alliance’s research paper, Pet ownership in Australia in 2013, Australians have an estimated 25 million pets, with 63 per cent of us owning a domestic animal. AHA is the body that represents businesses in the booming animal health-product industry.

There are those who will not spare any expense for their four-legged friends, splashing out on diamond collars, premium food, coat colouring and pet day spas. But even for the average pet keeper, costs for essential things such as veterinarian care are adding up.

One of the most significant expenses is food. Although it’s possible to spend up to $60 a week on premium, vet-endorsed dry food brands such as Science Diet for a medium- to large-size dog, there are also cheaper options. Right now at Woolworths Online, a 1.2 kilogram tin of homebrand wet dog food costs just $1.83. Woolworths currently has a special of three one kilogram tins of Chum for $4.98. For dry food, you can buy a three kilogram bag of Pedigree dry dog food for $8.00.

But vets generally recommend the premium brands over commercial food available in supermarkets for health reasons. Cats in particular can suffer kidney problems if they eat too much commercial, rather than vet-endorsed, dry food. So it can be a false economy to go for cheaper brands if it means pets suffer health problems that need to be treated by a vet down the track.

Experts say if you want to keep a lid on what you spend on your “fur babies” the old rule that prevention is better than the cure stands.

Dr Joanne Sillince is the managing director of Pets Australia, which represents pet businesses such as boarding facilities, retailers, groomers, walkers and some veterinarians.

“What people spend [also] depends on the animal’s species. Cat owners spend less than dog owners. But false economy contributes to pet owners having to spend more on their animal. Delaying a trip to the vet usually means you’ll pay more than if you’d gone earlier,” she says.

Not seeing a vet for vomiting or diarrhoea early on could lead to three to five days in a veterinary hospital on a drip, plus medication, Sillince says. Had the owner taken the animal to the hospital as soon as the symptoms occurred, the expense may have been limited to the cost of a consultation plus medication, which would cost about $200.

“People will also sometimes delay a trip to the vet after finding [and] then removing a paralysis tick, which turns into a desperate battle to save the pet’s life with antitoxin, fluids, hospitalisation, and even breathing support, which could cost up to $8000,” she says.

Dental care is also important. Doggy toothpaste costs between $12 to $20 a tube, whereas general anaesthetic and tooth scaling can cost up to $1000, depending on the state of the teeth and whether any have to be pulled out.

Dr Chris Hong, from Collaroy Veterinary Services, agrees preventative medicine can save money in the long-run. “It’s better to have a regular scale and polish than let teeth get into a terrible state as serious illnesses have been linked to poor dental hygiene, including respiratory infections, heart and kidney disease.” He says it’s a good idea to buy dogs dental chew toys and treats.

A standard consultation with a vet will cost between $50 and $85. For a dog, annual vaccinations cost about $120, flea treatments cost roughly $220 a year and worming costs $40 a year. “Broadly speaking, it works out to about $1 a day for basic maintenance of an animal,” he says.

Notwithstanding emergencies, the main expenses of owning an animal come at the start of its life. Hong says three initial vaccinations for a puppy or kitten alone cost about $330 altogether. The cost of de-sexing depends on the animal and its sex.

But it’s when a pet faces a medical emergency that costs can surge. Treatments commonly associated with humans, such as chemotherapy, are becoming more commonplace. “People often see their pet as a member of the family and some will spend tens of thousands on specialist treatments,” says Hong.

Pet insurance is one way of keeping costs down. However, there is very little information about whether it’s cheaper just to pay the vet bills, or to pay premiums. If you choose to take out pet insurance, the younger the animal is, the cheaper it will be.

Vet care is only a portion of what it costs to properly look after an animal. You also need to factor in grooming, boarding and, of course, food. Pet Australia’s Sillince says for a medium-sized dog, expect to pay $650 a year if you get your pooch groomed every eight weeks.

According to Jo Davis, who runs Fluffy and Knuckles Dog Grooming Salon and Pet Boutique in western Sydney, some people will spend a fortune on pet grooming, while others have more modest budgets. “Some people begrudgingly hand over $25 for their pet’s yearly wash. Others will find $50 to $60 from a tight budget for their dog’s bi-monthly haircut. Then there are those for whom money is no object when it comes to their pet.”

Chris Reid operates a pet sitting and dog walking business in Brisbane. Reid says pet sitting is more affordable than some boarding options. “We have clients who spend anywhere from $50 for a couple of regular walks every week up to $800 for pet sitting visits during an extended holiday. A client spending $50 a week to get their dog walked twice will spend a total of $2600 over a year,” says Reid.

At Hanrob Pet Hotels dog accommodation starts at $32 a day, according to its chief executive, Andrew Biggs. “Our luxury accommodation starts at $84 a day and is very popular. The luxury package includes fluffy beds, personal televisions, gourmet meals, and complimentary playtime sessions with access to climbing equipment and stimulating indoor and outdoor areas,” says Biggs.

“For our customers that want to keep in touch with their pet while they’re away, we also offer pet catch-ups over Skype for $49. We find that often the pets have more fun on pet-Skype than the owners.”

There’s no doubt you can spend the earth on your pooch. So it pays to keep a level head about what is really necessary, consumer advocates say.

“Obviously certain pet care cost are not negotiable but when it comes to things such as acupuncture, chiropractic services and premium pet food it’s worth stepping back and asking yourself if it’s worth the money,” says Tom Godfrey from consumer group Choice. He says it is also important to know where you stand when it comes to veterinarian fees and other services.

“Visiting a vet is a good thing but as consumers we need to be armed with more information about standard pet care costs to make informed decisions,” says Godfrey.

Whether you take a more thrifty approach or go for the luxury options: Any pet is a large financial commitment. Something not enough people understand, given the RSPCA estimates half a million animals are surrendered each year in Australia. If you’re looking at getting an animal, it’s essential to do adequate research to work out how much it will cost – and ensure you can actually afford to look after the new family member – before taking Fido or Fluffy home.

It’s a dog’s life – even the bills

Bruce Purser had a baptism of fire when his now 10-year-old white golden retriever first came into his life. He bought Nalu at the local pet shop for about $500, but it wasn’t long before a trip to the vet was required.

“I noticed he had a wet patch underneath him and it turned out he had a double ectopic urethra – basically a leaking willy,” Purser says. His local vet, the Northern Beaches Animal Hospital at Newport, recommended an ultrasound, which cost $1000 and confirmed the diagnosis. Next up was a trip to vet hospital Greencross Ku-Ring-Gai for the actual operation, which cost $4000 – and only had a 35 per cent chance of success.

The surgery worked and the only other procedure Nalu – which is Hawaiian for surf – has required has been the removal of a fatty cell lump, which set Purser back $500. Nalu also eats his way through $60 of dry-food a week, as well as a packet of treats at about $8 a week.

Because the Pursers live on Sydney’s northern beaches, where paralysis ticks are rife, flea and tick treatments cost $15 every two weeks. Then throw in an annual vet check and injections at $450 a year. Purser says he’s usually at the vet with Nalu another couple of times a year if, for instance, the dog eats something he shouldn’t that needs treatment, so that’s another $400 a year. Nalu also gets a wash and nail clip six times a year, at $100 a pop.

He boards with Hanrob Pet Hotels when the Pursers go away for four weeks a year, which is $980 in boarding fees. The Pursers also go away for a weekend every couple of months, which adds another $420 to boarding costs each year.

But the Pursers don’t begrudge the costs. “If you get a good dog like Nalu he becomes part of the family. When you go for a walk, people stop me to ask what breed he is because white golden retrievers are a little bit different. Would I do it all again? You bet I would.”

According to Animal Health Alliance’s 2013 research paper Pet ownership in Australia, the pet care industry is worth $8 billion a year. Duncan Bremner, chief executive of Animal Medicines Australia, says the growth in the sector is driven by more people recognising the therapeutic benefits of pets.

He says the number of pets could grow further if other jurisdictions follow the move in NSW to make the default position in new strata building to allow pets.

“Our aim is to promote responsible pet ownership. People have a financial and moral obligation to look after their animals with regular vet visits, a maintenance regime, ongoing vaccinations and appropriate food,” he says.

This story was found at: http://www.smh.com.au/money/saving/what-price-is-your-pet-mans-best-and-dearest-friend-20140528-zrpv1.html

Why don’t we ask for help? Trustees’ guide to great investment management
Uncategorized