China and US the focus for foreign exchange traders 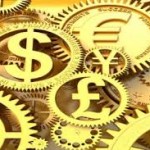 What happens in the United States and China will probably have more of an impact on the Australian currency than the Middle East, OFX corporate foreign exchange dealer Matt Richardson says.
“Unless the situation escalates significantly I suspect the Syrian crisis will have little impact on the Australian dollar. Of course, as the humanitarian and refugee crisis intensifies the cost to Europe increases and this may weigh on governments’ ability to fuel domestic stimulus,” he says.
Indeed, the slowdown in China is what is turning traders’ heads now. “As a primary export destination for Australasia, Europe and the Americas, a slowdown in China reduces demand for domestic exports and subsequently demand for local currencies,” Richardson says.
Richard Grace, the Commonwealth Bank’s chief currency strategist, also says the extent of China’s economic slowdown will be top of mind for currency traders in 2016. “At present it has entered a more rapid phase in its slowdown.”
Grace notes China intervened recently in its currency markets to prevent the yuan’s buy-sell spread becoming greater than 2 per cent of its value. This stipulation is part of its articles of agreement with the International Monetary Fund, which in December 2015 agreed to make the yuan a reserve currency.
He also says the falls in the Shanghai Composite Index earlier in 2016 are not directly correlated to China’s economic performance. Nevertheless, the turbulence in equities markets will also have flow-on effects to currency values.
Dino Spinelli, head of FX sales with UBS, agrees markets have witnessed an unprecedented shakedown in equities since the start of 2016.

In this environment, it’s usual for traders to assume a very defensive risk appetite and for certain currencies to perform better than others, he says. Typically, growth currencies such as the Australian dollar, the New Zealand dollar and the emerging markets currencies underperform in this context.
But the big unknown is how the US economic recovery will affect currency markets. Richardson says continuing US economic recovery will probably prompt additional Federal Open Market Committee tightening of interest rates and greenback strength. “Should the FOMC maintain its current mantra in the face of wider growth, then demand for international exports would likely increase, helping bolster demand for the currencies of the US’s major trading partners.”
Grace suggests the strength of the US dollar will depend on the interest rate cycle in this market.
This is possibly the main theme that will occupy the minds of traders in 2016, because any rate rises will lead to further US dollar strength, he says.
“I feel the US dollar is at its peak, because the impact of the currency, plus higher rates, will slow the economy, so we’re seeing a downward revision of growth in the US at a time when Europe is starting to look better and the European Central Bank looks like it’s closer to the end of its easing cycle.”
Spinelli says the different approaches to policies from the US and European central banks are a focus for currency traders.
“We’re seeing the Fed tighten but other banks are starting an easing bias – for instance, the Reserve Bank of New Zealand. So the Fed is going in one direction and others are going in a different direction,” he says.
The market is listening carefully to the Fed’s rhetoric, because its actions have a flow-on effect to other currency markets, he says.

Can DIY super and robo-advice mix? SMSF trustees must acquire property in the correct manner or face steep penalties
Uncategorized

Staying ahead of the next big market risks