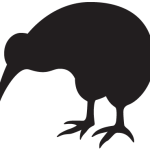 There are indications a New Zealand bank has notified the New Zealand Commerce Commission that it has evidence of manipulation in currency markets, a move that could have explosive ramifications for the financial system.

There is the potential for this bank to be an Australian bank, given their dominance in New Zealand.

If that’s the case, and if it’s a listed Australian bank, it raises the question of whether this issue should be notified to the Australian Securities Exchange. This is because any evidence of an Australian bank manipulating currency markets would almost certainly have a material effect on its share price and need to be announced immediately under continuous disclosure obligations.

In early April, the NZ commission released a statement confirming it was conducting inquiries into “possible manipulation of currency rates and possible influencing of benchmarks in foreign-exchange markets”.

Tellingly, the statement announced that, “the investigation was commenced as a result of a leniency application under the commission’s cartel leniency policy”.

Justin O’Brien, director of the University of NSW’s Centre for Law, Markets and Regulation, says this indicates a bank has come forward to admit knowledge of manipulation in currency markets. Under the cartel leniency policy, the first bank to report wrongdoing is immune to prosecution.

“Someone’s turned witness. But whether it’s in relation to trading of the Australian dollar against the Kiwi dollar, or other currencies, who knows?” O’Brien says.

New Zealand has joined a swathe of other regulators looking into potential manipulation of foreign exchange markets. Switzerland, Britain and the European Union have all announced investigations. Australia has also indicated currency markets are an area of focus.

A statement from an Australian Securities and Investments Commission spokesperson said the regulator was “aware of reports of international regulatory enquiries on potential misconduct in other jurisdictions in relation to the FX market”. It would conduct enquiries in Australia.

O’Brien says no one knows what the ASIC review will cover, but he presumed the regulator will review the extent of issues of concern with FX trading.

At a recent event convened by O’Brien to address Libor and FX manipulation, ASIC chairman Greg Medcraft and the International Organisation of Securities Commissions, noted banks needed to be “kicking tyres” in their organisations to see if manipulation has occurred.

What is significant about the Kiwi investigation, says O’Brien, is that if banks are found to have operated in a cartel, it will involve competition regulators. “This isn’t just an issue for market conduct regulators or central banks; it’s now an issue for competition regulators. The Australian Competition and Consumer Commission’s capacity for investigation on the basis of cartel behaviour is far more aggressive than that of the market regulator,” he explains.

The global investigations into potential manipulation in currency markets follows the international scandal involving manipulation of Libor, the interest rate at which banks lend each other money. Banks such as UBS and Barclays paid out billions to settle claims their employees had manipulated this rate for profit.

But, says O’Brien, “what’s going on in FX markets is worse than Libor”.

“What we’re going to see is serious cultural problems within the major banks to show they are incapable of recalibrating their risk management systems to ensure their traders are effectively supervised and monitored. The idea that you can’t manipulate fixed exchange rates is farcical.”

He says it’s impossible to know the scale of the problem, but the ramifications for financial markets if widespread manipulation is discovered are huge.

Professor Jeffrey Sheen, a financial economist at Macquarie University’s Faculty of Business and Economics, says it is becoming increasingly clear manipulation in currency markets might have taken place.

According to the Bank of International Settlements, more than $US5 trillion ($5.3 trillion) a day goes through international currency markets. But, as Sheen notes, most of this money flows through decentralised markets.

“So there’s much scope for manipulation. I’m actually surprised it hasn’t come to light before this,” he says.

In the past, it has been argued that manipulation of foreign exchange markets is difficult given the size of the market – trades would need to be incredibly large to shift prices. But as Sheen points out, although it’s unlikely one trader could move a market, those acting in concert could. “We’re talking about collusion, based on inside information.”

The major players in FX markets, according to a survey by research firm Greenwich Associates released in March this year, are Deutsche Bank with 12.4 per cent of the market, UBS with 12.1 per cent, Citi with 11.7 per cent, Barclays with 10.5 per cent and JPMorgan, which holds 6.2 per cent market share. Together they control more than half the market, or a total of 52.9 per cent of all trades.

Sheen notes the potential for collusion happens just before the reference rate for each currency is determined. WM/Reuters publishes its reference rate for the Australian dollar-US dollar pair at 10am and 4pm AEST each day, which is used by index and pension funds to value their portfolios. But if a trading house receives a large order from a client at, say 3.50pm, there is the potential for traders to collude, and trade on their own accounts to drive down prices, and drive the official rate down. The trader can then place the client’s order after the rate is set and buy back currencies on their own account at a lower price.

Sheen says any solution must deny traders an opportunity to manipulate FX markets in the short window before currency rates are set. If market manipulation in currency is substantiated, it has widespread ramifications for financial markets, given currency reference rates are used to value investment portfolios. He can see the potential for pension funds to mount class actions if there’s proof banks have colluded. Although it is more likely funds will negotiate some compensation from their partner trading houses.managers and auditors of funds will need to reconsider the way they value portfolios using reference rates. Regulators worldwide must be part of the solution.

“It’s important regulators appreciate that just because the foreign exchange market is a large market does not mean it must be a safe market,” he says.

How the Kiwi dollar found its wings Why don’t we ask for help?
Uncategorized