How the Kiwi dollar found its wings 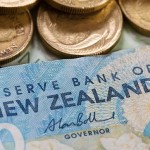 The Kiwi bird is famous for its flightless status, but not so the currency of its namesake, whose value has sharply appreciated. Since mid-2011, the New Zealand dollar has outperformed the Australian dollar by 23 per cent. So what’s driving the Kiwi dollar and will it continue to maintain its price?

According to Michael McCarthy, chief strategist for CFD house CMC Markets, the New Zealand dollar remains in favour among currency investors as a play on China.

“As Chinese consumers become increasingly empowered, a key area of consumption that will grow is food. New Zealand’s agriculturally based economy and currency are bene­ficiaries of this trend,” he says.

However, in the short term, ­McCarthy says softer dairy prices over the current quarter have seen the New Zealand dollar weaken, which indicates the importance of the dairy sector to the currency outlook. Nonetheless, there is another surprising factor that has driven the Kiwi dollar to near all-time highs against both the US dollar and the Australian dollar: the rebuilding of Christchurch.

As McCarthy notes, in February 2011, a terrible earthquake flattened the New Zealand city of Christchurch. A total of 185 people lost their lives, ­hundreds more were injured, and 80 per cent of the buildings were damaged or destroyed.

“While devastating at the time, the $NZ40 billion dollar rebuilding ­program has revitalised the city and underpinned countrywide growth – driving a stunning outperformance from the Kiwi dollar,” he explains.

McCarthy says Christchurch’s rebuilding has not only helped spur on investment and employment, it has also pushed housing prices substantially higher.

“New Zealand has GDP [gross domestic product] growth of more than 3 per cent, which is higher than many developed nations. Price pressures have led the Reserve Bank of New ­Zealand to lift interest rates twice so far this year – the first developed nation to do so in this economic cycle,” he adds.

Indeed, the RBNZ was the first central bank of any developed economy to raise interest rates following the global ­financial crisis.

Nevertheless, the strength of the US dollar is having a short-term dampening effect on the Kiwi against the ­greenback. As Imre Speizer, Westpac’s senior ­market strategist in New ­Zealand, wrote in a note to clients ­earlier this week, ­sentiment towards the US dollar rebounded late last week after European Central Bank president Mario Draghi said the bank would recommence ­monetary policy stimulus in the region from June. This has made the US dollar relatively more attractive against the Euro, sending the value of the US dollar upwards and the Kiwi’s price south.

Speizer believes better economic ­conditions in the US have not yet been fully reflected into its dollar, which will put more pressure on the Kiwi when it happens.

Other dampening factors on the Kiwi dollar, according to Speizer, will be further increases to the cash rate. He’s anticipating it to increase by 0.25 per cent on June 12 to help lower inflation and keep a lid on the currency.

Scott Schuberg, chief executive of stock­­brokers Rivkin notes the New Zealand economy has enjoyed a similar cycle to the ­Australian economy since the 2007-08 financial crisis, with its relatively low rates of unemployment and better economic growth than other ­developed markets.

“If you look at the New Zealand ­dollar against the US dollar over the past few years, the Kiwi’s lack of volatility has probably attracted support from commercial investors and carry ­traders. But it hasn’t had the level of speculative froth that characterises and dictates the movements of the Australian dollar. So when the Kiwi begins to move there are likely to be more ­systemic fundamental reasons behind those moves,” Schuberg says.

“Due to recent economic strength and fears of resulting inflationary pressures, the RBNZ has been forced to respond by lifting interest rates by 0.5 per cent over the last two policy meetings. With ­expectations the RBNZ will maintain a hawkish bias for some time, the New ­Zealand dollar has strengthened ­considerably against most major ­currencies in the past six months,” he adds.

With the New Zealand dollar sitting at elevated levels compared to the currencies of most major trading partners, the RBNZ is increasingly concerned by the damage a strong domestic currency will have on exporters and the broader domestic economy. In its most recent market announcements, the central bank made it clear that direct currency intervention was on the table if the New Zealand dollar continues to strengthen.

“Analysing the charts of the New Zealand dollar against the US dollar, you can see it has been range-bound between $US0.85 and $US0.875 since mid-March 2014,” notes Schuberg.

“From a technical perspective, the strength of the up-trend that still broadly characterises the momentum of the Kiwi dollar is beginning to weaken. This is something that usually happens before a change in the trend occurs, and a lot of buying strength would be needed to break through the selling resistance that has existed at between $US0.865 and $US0.88 for the past three years,” he adds.

“Which means that the best approach now is to take a contrarian view and trade the currency intervention story, which would mean we would be trading on the basis that the Kiwi dollar will drop in value. Should the New Zealand dollar/US dollar pair trade below its current range, our technical view is that this would be the start of a downtrend trend.

“So we feel this is a good opportunity to sit and wait for a break below $US0.85, at which time we would take a negative view and sell this currency pair and ­monitor its short-term movements,” he says.

Despite short-term fluctuations in its value, the combination in New Zealand of superior economic growth, higher interest rates and long-term agricultural commodity demand is expected to continue supporting the New Zealand dollar, albeit at potentially lower levels than its current price. So while there may be downward pressure on the Kiwi, it will still attract interest from currency traders.