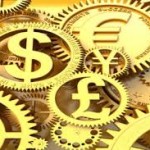 The Bank of Japan’s recent signal that it will continue to relax monetary policy has provided opportunities for currency dealers, with US dollar/Japanese yen positions one of the more popular trades in recent times.

“The US dollar/Japanese yen has been a renewed favourite amongst traders,” says Francisco Solar, head of FX Asia Pacific for currency house Easy Forex.

“The recent strength of the US dollar and the green light seemingly given to the Bank of Japan by the global community to continue its loose monetary policy has meant all eyes are on the US dollar against the Japanese yen,” he explains. Solar says the currency markets are looking for the dollar to move beyond 94 yen towards 100 yen to the US dollar.

According to Solar there has also recently been a focus by traders on currency pairs that have demonstrated a strong trend or increased volatility.

“The British pound versus the US dollar has been one currency pair that has been trending lower recently due to the strength of the US dollar and, more importantly, due to increased worries about the health of the UK economy,” he says.

In contrast, Phil Usher, who trades currencies for his own investment portfolio, is currently long on the euro against the US dollar, with a stop loss set at 1.2995. The stop loss represents a seven-month low set in July 2012.

Usher is also looking to sell the Australian dollar against the US dollar. “The pair has had a number of declining weeks so when the correction has finished I will be looking to go short the Australian dollar with a long term target of 97 cents. I anticipate that the Reserve Bank will lower interest rates next month, which should boost the position.”

But, says Usher, “Given the Italian election I am cautious trading euro-based currencies so will sit on the sideline for these types of trades at the moment. As the US budget sequester creates a clearer picture I’ll be looking to sell rallies across the board.”

In general, when it comes to trading currencies, Peter Mathers, director of Trading Lounge, an online trading house, says there’s no right or wrong way to trade foreign exchange or any other market

“Many traders tend to drift towards reading events or price action. Forex king George Soros apparently just did well on the Bank of Japan decision, so reading events is an important role in trading forex. Professionals like George can make it look very easy. But being in the market can create anxiety about knowing when to get in and when to get out and how to protect profits,” says Mathers.

“Market swings can be quite an emotional roller-coaster, especially without a set of robust trading rules. Most traders use a form of technical analysis, which boils down to price and volume,” he says.

Mather says although many analysts consider foreign exchange markets to be efficient, they actually move in an emotional manner. “They tend to move from A to B, that is from one price to the next price of the same degree. Older traders call these sticky numbers.”

According to Mathers, the most common mistake he sees traders make is trading too often. “The addiction of being glued to streaming price data is a trap. Choose the battles you understand, look for trade set ups that you are highly familiar with and every trade ask yourself what you have learnt.”

Equity opportunities – if you know where to look