Five tips to get promoted 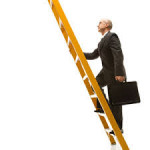 According to new research by global workplace provider Regus, one of the main reasons why people get promoted is because they help their company win new business. Let’s take a look at some of the other reasons why people attain seniority in their workplace.

Regus’s research found ability to do the job was a main factor in decisions to give a promotion 97% of the time. The lesson is if you want to get a leg up in your workplace, do your existing job well.

According to the same study, in 30% of cases, time in the role was a factor in the decision to promote someone. What this means is that you will need to stick it out in your current role – as well as do a great job – if you want to rise through the ranks.

In 19% of promotion decisions, the candidate’s willingness to spend time in the office was a factor taken into consideration by bosses when promoting someone. What this means is that you need show you’re prepared to work hard, as well as engage with others both more senior and more junior, to move higher up in the business. But don’t be tied to your desk 24/7. You still need to have a life outside the office to perform well when you’re at work.

4. They don’t want to lose you

The other factor that determines whether someone is promoted is the threat of the staff member leaving the business. If you really want a promotion, the idea is to let your supervisor know you will look elsewhere if you’re not given the opportunity to attain seniority.

It’s also worth understanding factors that are not key to a decision to promote someone. According to Regus’s research these include a strong personal relationship between the boss and the staff member, a sense of humour and also physical attractiveness.

As country head of Regus Australia Jacqueline Lehmann says, “In days past, seniority, hard work and developing a good relationship with your supervisors were seen as the best ways to secure a promotion. However, in today’s digitally enabled workplace, hours spent in the office are trumped by the ability to demonstrate tangible benefits to their employer.”

Equity opportunities – if you know where to look