How to keep your energy bills down 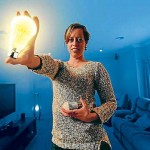 In the not-too distant past the cost of electricity and gas barely rated a mention. Compared with expenses such as car insurance and mortgage payments, energy bills were chickenfeed. But today the rising cost of energy makes front page news.

It’s a topic that’s front and centre right now given the energy market in New South Wales was deregulated on 1 July (deregulation happened in Victoria in 2002). This means a lower cost for energy for consumers at least in the short term, with customers of Energy Australia and Origin Energy now on a transitional rate that is 1.5 per cent lower than the regulated rate for 2013/2014.

But the cost of gas is skyrocketing. The eastern seaboard’s relatively new ability to export gas to global markets means consumers are now exposed to global gas market prices. The NSW Independent Pricing and Regulatory Tribunal’s draft report on average regulated retail gas prices says the price of gas will rise by 17.6 per cent between 2014 and 2016, with average bills expected to climb by $150 to $225, depending on where the consumer lives and how much gas is used.

So what can you do to help manage your energy bills? Graeme Ambrose, sustainability consultant with Ecodecisions – a company that aims to help consumers becoming more energy efficient – has an especially controversial suggestion.

‘‘Getting rid of the old fridge freezer reduced the electricity bill by 60 per cent,’’ he says, adding that convincing blokes to turn off the beer fridge is one of the toughest parts of his job. (The other one is convincing people to put pelmets over curtains, which people think are old fashioned but which help keep heat in a room.) So what’s the secret to getting guys to turn off their beloved booze cooler?

Says Ambrose: ‘‘When I tell them in front of the wife it costs them 25 slabs a year to run it they tend to see sense.’’ Having

teenagers in the house also tends to produce a spike in energy use. Ambrose says one house to which he consulted experienced a jump in energy use from 16 kilowatt hours a day to 23 kilowatt hours a day because the teenage son had a computer running internet games 24/7. If you have teenagers, have a chat to them about turning off the computer when they are not using it.

Changing light bulbs is another way of reducing energy use. Ambrose says halogen lights use an especially large amount of energy. He points out halogen lights use so much energy and give off so much heat, they are used in convection ovens for cooking. ‘‘You often see eight to ten in a room, left on for four hours a night. If it costs 30 cents a kilowatt hour to run them, you’re spending $210 a year just to power these lights.’’ Instead, he suggests replacing them with LED lights, which use far less energy.

Another of Ambrose’s tips is to make sure there are no gaps between the lights and the ceilings. As hot air rises, it can end up seeping through to the roof, instead of remaining in the room keeping it warm. Putting the thermostat in the main living room, rather than its traditional spot in the hallway, which is generally colder that the living room, is another way to save power. This is because the heater isn’t working overtime to keep a constant temperature of about 23 degrees in an area in which people don’t spend much time.

But one of his most interesting tips is to use a convection oven instead of a standard gas or electric oven. ‘‘It uses a quarter of the energy of a normal oven and cooks food in about half the time.’’ Kmart’s web site shows the Homemaker 12 litre convection oven costs just $39.

Ambrose has many other energy saving secrets including this one: if you stand in the hallway and can see gaps around the front door frame, you have a draft problem.

Another way to help reduce your energy bills is by installing solar panels. Richard Vargas who is a director of solar energy business United Solar Energy says his customers are saving as much as 80 per cent of their power bills every year with solar energy. ‘‘The use of solar is growing and … most customers are repaying their investment [in a solar system] through savings [on their electricity bill] within five years or less.’’ Insulating your home is another way to help lower energy costs.

Vargas says insulation can help reduce power bills by up to 40 per cent, keeping the heat in during winter and out in summer.

When it comes to choosing a low-cost energy provider, Matt Cuming, head of corporate affairs of price comparison web site iSelect, says it depends on where you live and how you use energy. But he says the first step is understanding there are two components to an energy bill: a charge for supplying energy to the house and the cost of the actual energy use.

‘‘Consumers are charged a variety of rates, depending on what type of meter the house has and how the residents use energy in peak and off-peak periods,’’ Cuming says. Different retailers also offer different energy rates, which also determines what consumers pay for their power.

Cuming says one way to get a cheaper rate is to commit to a long-term contract. ‘‘Shop around because there can be significant savings between providers. Also watch out for bill shock when you receive your first bill and ask the provider whether bill smoothing is available.’’

Bill smoothing means you can agree to pay a certain amount over a predetermined period – say $40 a fortnight – so that you’re paying off your energy bill before it arrives. He says different energy retailers will offer discounts at various times throughout the year that are worth watching.

‘‘But if a 20 per cent discount is advertised look at whether it applies to the base supply or to usage. Over time we should see competition in the market determine energy prices, which should mean consumers are better off. For instance, in Victoria where energy is already deregulated, prices have risen, but consumers can shop around now for the best deal.’’

So can you negotiate prices with energy companies? Vargas says energy retailers have the ability to provide better savings and this often happens when you threaten to leave them for another company.

‘‘We advise home owners and businesses to have a discussion with their energy retailers every year to take advantage of lower prices since most retailers increase prices by as much as 5 per cent every year,’’ he says.

There is a plethora of steps consumers can take to keep power bills down. How much you save is ultimately determined by how much effort you’re willing to put into implementing energy saving tips and how good you are at negotiating with your energy supplier to keep your bills down.

Case study: The solar solution to reducing your power bills

Nicola Oldridge hasn’t had to pay an energy bill in more than 18 months. In fact, when Money spoke to her, she was $90 in credit to her energy supplier.

‘‘We had solar panels put in two years ago and we’ve been in credit for most of that time. Within three years, we expect to have made the money back we spent on installing the solar system,’’ she says, adding that it cost her $7000 to put in the system.

She has also made a number of other adjustments around her home in Langwarrin in Victoria to help reduce her energy costs. For instance, she put LED globes in her down lights. ‘‘It cost me $300, but I won’t need to change the globes for the next 20 years.’’

Oldridge is one of Graeme Ambrose’s clients and she has also switched to using a convection oven, rarely uses her drier and has blocked up gaps that caused drafts. ‘‘We also got rid of the beer fridge,’’ she says.

But Oldridge points out she gets a better deal from her energy retailer compared with those who are installing solar now.

‘‘We get 35 cents per kilowatt hour [for energy produced by her solar system fed back into the grid]. But people installing a system now only get a feed-in tariff of 8 cents a kilowatt hour,” she says.

“I understand the power companies have to make money, but people who are trying to help the environment and reduce energy use should be properly rewarded for it.’’

Another solar convert, Keith Armstrong, wanted to explore ways to reduce his energy bill as he was nearing retirement and conscious of trying to manage his energy costs in a world of constant price rises.

‘‘I had some friends who had installed solar and they told me how much they were saving, so I decided to go down that track. I was also attracted to the idea of using clean energy,’’ he says.

By happenstance, he was door knocked by a solar energy company and got an initial quote, which he followed up with four other quotes to make sure he had a firm grasp of the market.

‘‘We were initially going to install a small system, but then we realised energy prices are only going to keep rising, so we went with a large system,’’ explains Armstrong, who chose United Solar Energy to install his solar system.

Because his house faces north-west, he invested in a split system, with six panels on the northern side and 10 on the western side.

Armstrong only installed the system in March this year, and has not had a bill yet, so he’s not sure how much it will save him. But he’s checked the meter and his electricity consumption is down by 50 per cent.

‘‘I don’t think this will result in a 50 per cent reduction in my energy bill, but in summer I would expect to feed back into the energy grid.’’