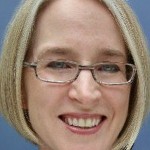 I often hear people talk about wanting to work with those who have “a bit of grey hair” when they’re looking to deal with someone with experience.

Problem is, mostly they’re talking about blokes – the ‘silver foxes’. I suspect having grey hair in the workplace if you’re a woman is considered a drawback, hence why so many dye their locks.

I put this to coaching psychologist Patrea O’Donoghue, who sports rather fetching naturally grey hair, to get her insights into why women feel the need to dye their mane. She points out hair colour is an immediately visible characteristic of a person and when we go grey, it’s a sign we’re getting older.

“It’s a physical reminder we’re not going to be around forever. So for some people there can be an element of denial of the aging process by dying their hair. Many women have been colouring their hair for so long, they wouldn’t know what their real colour is anymore or even if they have grey hairs. Peer pressure and societal expectations also play a role. In a business context very few women go grey,” she explains.

Of course, the experience of going grey is distinctly different for men: very few colour their hair and those that do are widely derided.

“It’s the norm for men to go grey or go bald,” O’Donoghue says. “There is a real hypocrisy and double standard. If men dye their hair it’s seen as strange behaviour – there’s a similar reaction if they wear make-up,” she adds.

One of the reasons O’Donoghue decided to stop colouring her hair and try out her natural tones was because she wanted to be truly authentic. She also didn’t want to continue exposing herself to the chemicals involved with hair dying.

“If you’re covering up your physical attributes and what makes you a unique person, ultimately you’re trying to be someone you’re not. If you get your hair colour from a bottle, you’re going to have the same hair colour as thousands of other people,” she says, explaining that it’s perhaps healthier to learn to accept yourself as you really are, rather than present yourself as someone you’re not.

O’Donoghue says going grey is not about letting yourself go. “Exercise and keeping your mind active are productive ways to approach getting older; you also don’t have to cave into physical ailments. But other activities like cosmetic surgery and perhaps dying your hair are more about denial, conformity, or an active non-acceptance of what is a very natural part of life,” she says.

So how should you reach acceptance you’re getting older, rather than try to mask the symptoms by dying your hair? It’s a pretty tough question – no-one wants to get older because it means you’re getting closer to the end.

O’Donoghue says one way to move towards an acceptance of ageing is for us to speak more openly about death and aging, rather than pretend it’s not going on.

“People don’t accept ageing and death as natural parts of life. Perhaps people are frightened of their own mortality. Yet all of us are on a one-way journey to [the grave]. Another way to encourage acceptance is to stop isolating older people from society by sticking them away in nursing homes,” she says.

The idea being that if we see more people with grey hair around us, rather than pretend they don’t exist, we’ll more easily be able to accept our own ageing process and ultimate demise. “We may even develop a greater sense of compassion for the elderly and frail as we may begin to see ourselves in them.”

In our society we tend to glorify youth and all that comes with it, and shun older people. But if we acknowledged the entire human experience, rather than focus on the youthful and gorgeous, we won’t feel so bad when we find our first grey hairs and wrinkles.

“In fact, we may even come to love and embrace grey hair as a sign of mature experience; I’ve earned it and I’ll wear it with pride,” she says

As to whether going grey is a disadvantage in the workplace for women, O’Donoghue says when she first stopped colouring her hair to go grey gracefully – she found her first grey hairs in her early twenties – a few people commented and many people admired her courage for making this choice. “My view was I could always go back to colouring my hair if I wanted to.”

She also recounts the attitude of one of her first bosses, then in his late-40s, to her grey hair. “He told me it was a good thing. Going grey does appeal to clients who value experience. I believe in my case going grey has worked in my favour.”

What do you think? Is grey hair a disadvantage for women in the workforce?

This story was found at: http://www.smh.com.au/small-business/trends/blogs/the-big-idea/why-dont-women-go-grey-20140612-39zxy.html