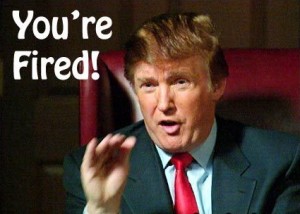 Someone very close to me recently lost his job. This person, who we’ll call James, is a first-time father of a nine-month-old baby. His partner doesn’t work as she has her hands full looking after their child.

James lost his job at the end of the three-month probation period that’s a standard part of a contract for a new, full-time role. The official reason given was that there was a mismatch between the skills needed for the role and James’ skills. Although his then-superiors didn’t mention any sort of a skills mismatch when he had his first performance review one month into the job. And he also went through extensive testing of his skills prior to being appointed to the role, so it’s not like his superiors were unaware of his skills.

Is it just a co-incidence two people were hired for similar roles at the same time and James, who was on the higher salary, was the one who lost his job? James has talked to recruiters in the time since he lost his job and apparently the company in question has a reputation for hiring more people than they need then getting rid of the ones they don’t want before the end of the probation period.

How disgusting. Do employers who engage in this sort of behaviour – which is quite legal if they let the person go before the end of the probation period – not understand the consequences of what they are doing?

James and his family were already surviving on one income. They are now reliant on the state to help them pay their weekly bills, a situation they have never been in before. (Just so you know, his job seeker’s allowance, plus the family benefit they receive, means they have around $550 a week to live on.)

James is worried sick he won’t be able to find a job, which would potentially threaten his ability to pay his mortgage. It’s also damaged his self-esteem and, as everyone knows, if you’re not firing on all cylinders it affects your performance in job interviews. And the longer he remains unemployed, the worse this will get.

Most of us are not uni students anymore and it’s not that easy to find a job when you’ve developed a certain specialisation. If you’ve managed to find your niche there’s not usually an abundance of vacant positions that utilise the specialist skills you’ve developed, especially in this market.

James and his family will ultimately be OK. James has never before lost a job, he has a solid CV, excellent qualifications and an impeccable working history up until now. He will find a job, and hopefully sooner rather than later (especially with Christmas around the corner). He’s been furiously applying for roles – even those that could mean he has to shift his little family out of the city they only recently made their home.

What James’ former employers have done is ostensibly above board, but it’s morally reprehensible. I hope they realise that playing with people’s lives has serious consequences, not only for the person who has been fired, but also for all those around them.

Have you ever lost your job? How did you cope?

More to life than moolah