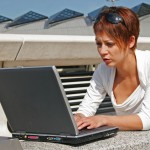 There are many grey areas around the legal risks attached to social media use in business. But, say experts, the key to reducing these risks is a robust social media policy and thorough staff training.

“It’s also essential as the business owner, you have access to the enterprise’s social media accounts and all the passwords that relate to them so you can change them and access the accounts if you need to,” he says.

Franklin says it’s also important to have a plan in place so that if something does go wrong, for example if a blogger posts negative information about the business, there’s a process in place to deal with this situation.

The plan should include information about the correct steps to take in response to a negative post, such as whether the most appropriate action is to leave a comment on the blog or the point at which the firm needs to bring in external public relations advice.

“It’s also critical to have an open culture in the business, so that if something does go wrong, or if a staff member makes a mistake using social media, staff feel comfortable volunteering this information so something isn’t left to fester on social media that the business doesn’t know about or staff are too scared to tell management about,” says Franklin.

“You need to be monitoring, because if you don’t know what’s going on, you can’t hold your employees accountable. And if an employee is being negative about his or her employer on social media, it can be construed as grounds for dismissal,” he says.

He points to a case between the ACCC and allergy business Allergy Pathway Pty Ltd as an example of how important it is to monitor social media and remove any incorrect statements about the business, even when the statements are made by a third party.

The ACCC brought misleading and deceptive conduct proceedings against Allergy Pathway, which resulted in the business making various undertakings, including that it would not publish claims about its products’ abilities to reduce the effect of allergies across a variety of media.

When client testimonials that supported these claims appeared on its web site, Facebook page and Twitter feed, the court found Allergy Pathway had breached these undertakings and ordered directors to pay a $7,500 fine.

Aside from stringent monitoring about what third parties are saying about a business, Burrows says employers need to be conscious that improper use of social media by employees can leave them open to sexual harassment legal actions – even if posts are made outside working hours.

“Employer policies and duty of care extends to that environment,” he advises.

“Social media is just another tool – and just like driving a car, you need rules to make it safe to use. Businesses have to understand that social media is a very public medium and that what’s said on social media platforms is permanent. Smart companies educate their staff about this and once people understand that, there’s usually a shift in the way it’s used”.

Storey says it’s essential for every business to develop a social media policy and highlight privacy and confidentiality issues to staff.

“Training works well in a discussion format, on an ongoing basis. As the laws in this area are still developing, it’s important to have an ongoing discussion about what the company’s policy is,” she says.

Storey uses BlandsLaw’s own social media policy as an example.

“Social media is just a tool, but it is a high risk, high benefit tool. What’s important is trying to help people understand how to manage those risks through education and clear policies”.

Do research before buying property in a mining town Tech trends: the year of the cloud
Uncategorized

The 10 most innovative manufacturing and consumer companies