Tech trends: the year of the cloud 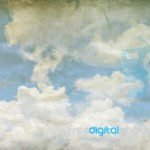 There’s an awful lot of hype around about cloud computing, but so far very little take-up. Research by Optus shows that only four per cent of small businesses use cloud solutions in their business.

But experts say 2012 will be the year small businesses truly embrace this new technology model.

Rhys Evans from IT consultancy Thomas Duryea says one of the reasons why 2012 will be the year of the cloud for small businesses is because computer hardware increasingly comes with cloud-based applications installed.

“These days when you buy a laptop or a phone, cloud-based applications like Google Apps and Dropbox are already installed,” says Evans.

According to Evans, IT security for small businesses will also gain more prominence this year.

“Again, cloud platforms will increasingly be used by small businesses to back up their data in a more secure environment. It’s much safer to put your information in the cloud than on an external hard drive in the boot of your car,” he says.

Rohan Ganeson, managing director of Optus Small and Medium Business, says in 2012 small businesses will be focused on increasing efficiencies through cloud-based applications.

“There is a huge opportunity in 2012 for small businesses to evaluate how technology can help them better manage costs, grow their business and respond to evolving consumer behaviours,” says Ganeson.

“As the economy remains tight and uncertain, the cloud represents a potential for cost and efficiency savings small businesses can use to stay competitive.

But according to Optus data, many small business owners don’t really understand what cloud computing is. Its research shows 59 per cent are unaware or unsure of cloud solutions. Only eight per cent admit to fully understanding the cloud.

“Traditionally, technological developments have been viewed by SMBs as having more relevance for larger corporations. It’s my vision though, that 2012 will be the year SMBs adopt the great potential available to them,” says Ganeston.

William Willems, a vice president at serviced office business Regus, says IT disaster recovery is top of mind given the spate of natural disasters in 2011. But worryingly, research by Regus shows just 36 per cent of businesses have a disaster recovery plan for their IT systems.

“After a terrible year for disasters in 2011, we are seeing that many firms are taking a renewed look at disaster recovery and business continuity,” Willems says.

Dave Stevens, founder of Brennan IT, is another cloud computing fan. He says a key trend this year for small businesses with revenue of between $500,000 and $2 million will be leveraging consumer-based cloud applications for business purposes.

According to Stevens, what this means for small businesses, is that they will be able to build relatively sophisticated IT systems, for virtually no – or very little – cost.

“For $100 a month, you will be able to get mail boxes for five employees, as well as full document collaboration. And lots of companies now offer specials like 10 free gigabytes of storage,” he says.

Stevens says systems that were originally designed for consumers are not as valuable to slightly larger organisations that want to be able to monitor who has accessed particular data and which might also want to restrict access to certain information.

“At the larger end of the small business market, this year businesses will be looking at infrastructure-as-a service models, especially those that want more advanced security, auditing and full collaboration functionality. In 2012, there really is no reason to own your own server when you can outsource this and get dedicated software for around $500 a month,” he says.

As to technologies that are likely to become totally outdated in 2012, Stevens is sceptical this will be the year the landline and the copper network becomes redundant. “But it’s got to be on the cards soon.”

The young rich take a new approach to investing