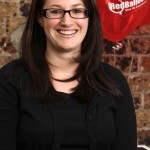 RedBalloon sells gifts and experiences online. Its clients regularly use its services to incentivise staff and the business prides itself on having a leading approach to performance management.

“Lifting productivity is all about what you do before it gets to the stage where staff are underperforming. You need a regular process of check-ins with staff and one-on-ones to maintain performance across the business,” says Bromley.

“Don’t leave it until the review period, by then it’s too late,” she says.

Bromley says the key to addressing underperformance is getting rid of any misconceptions both the business and employees may have. “We set expectations about performance called ‘personal promises’, which are like KPIs,” she explains.

“Although it’s not overly common here, we’ve had a mix of cases involving underperformance over the years at RedBalloon, and one thing that has emerged is how important it is to ensure roles are clearly defined. A couple of times we’ve had to let people go because we’ve found that once the role has been more clearly defined that person realises it’s actually not the job for them,” she explains.

Kellie Rigg from recruitment firm Randstad says underperformance should not come as a surprise in an environment where there is effective performance management.

“Before you label someone as underperforming it’s important their manager has fostered a relationship with that person and given feedback so it’s not a surprise to the individual. You also need to be able to define underperformance so they have an understanding of how they are expected to perform and can monitor how they are tracking,” says Rigg.

“The danger is less experienced mangers will just tell a staff member they are underperforming without being specific about what that means. The interaction then becomes emotional. It’s essential managers come to the conversation with clear data and examples so the conversation is factual, otherwise the employee will become defensive,” she adds.

Rigg says getting someone to improve their output after identifying they are underperforming is about setting goals and outlining exactly what they need to achieve within a certain timeframe.

“There needs to be mutual agreement about what needs to be done. You also need to be clear about what will happen if they don’t achieve the performance you expect.”

According to Rigg punishing someone for poor performance through docking their pay or taking their annual leave away is rarely effective. At the same time, rewarding a poor performer when they achieve certain milestones can also send the wrong message to staff who routinely perform to or beyond expectations, but who don’t receive the same rewards.

Although sacking someone is usually a last resort, small businesses that are in this position need to be aware of the rules around unfair dismissal. There’s a Small Business Fair Dismissal Code published by Fair Work Australia that outlines rules that apply to small businesses that need to sack someone. Under the code a small business is defined as having fewer than 15 employees.

Malcolm Burrows, legal practice director at Dundas Lawyers, says dismissals are considered fair as long as they are done in accordance with the code.

“The code is about communicating what has to be done to manage staff and dismiss them safely without repercussions. From the employee’s side it’s about ensuring they know what they are doing wrong and can’t argue they were not told what they needed to do to avoid being dismissed.”

Burrows says determinations by Fair Work Australia suggest around three weeks is a reasonable time in which to expect an employee to respond to directions to improve their performance, whereas asking them to do this within a matter of days is likely to be considered unfair.

He also says the ‘three strikes and you’re out’ rule of performance management – that is employers must give poorly performing employees three warnings before they can be dismissed – is a myth.

Megan Bromley’s final piece of advice to businesses in which staff are underperforming is not to be afraid to have tough conversations.

“They are not fun but they have to be done. Because if you don’t you could well find overall business performance declines.”