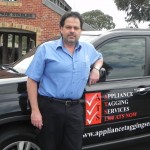 More than half of would-be Australian franchisees only want to invest $100,000 or less, a new study has found.

A survey of 600 franchisees by FranchiseBusiness.com.au – the official directory of the Franchise Council of Australia – also found almost 30 per cent of respondents expect to earn between $50,000 to $100,000 in their first year.
The site’s sales manager, Raffael Fernandes, said a key reason why franchisees were conservative in their investments was muted bank interest in lending to novice franchisees.

“There are lots of qualified, skilled people looking at franchising who see it as a viable career. Five years ago you could get a $350,000 loan, but now you can’t get the finance,” he said.

But Mr Fernandes said the growth of franchises in service sectors that did not require a retail shop or stock meant there were now more opportunities to invest in lower-cost franchises. “You don’t necessarily need to invest large amounts because essentially you’re buying intellectual property and the brand. All you need to get going is good business acumen, a phone and a laptop,” Mr Fernandes said.

He said buyers were showing strong interest in gym, beauty and training franchises.
Phil Blain, franchise expert and co-author of The Franchisee’s Guide, said he was surprised by the survey findings.

“There are a number of blue-collar franchises such as Jim’s Mowing and VIP Home Services you can get into for under $30,000, so I thought the 55 per cent figure would be higher,” he said.
Mr Fernandes said an increased interest in cheaper franchises was leading to more competition among existing brands, and making it more difficult for new brands to enter the market.

Mr Fernandes said buyers could realistically expect to break even in the first year or earn up to $50,000 as they built the business.

Blain said buyers spending $50,000 to $80,000 could ”probably expect to get the majority of your money back in the first year”.

“But if you’re spending $450,000 it might take you three years to get your money back. If you’re at the lower investment level you have to expect to be earning at least $40,000 a year, or why do it? It’s about return on investment – are you buying a job or building an asset to sell?

”The more you spend, the more chance you have of capital gain.”
Tasmanian Darrin Karnatz invested in a franchise called Optimo Awnings early this year. He is also Blain’s son-in-law, who recommended the franchise to him after advising the business how to establish itself as a franchise.

Mr Karnatz said business was slow during the colder months but is now picking up.
He spent less than $100,000 to become the company’s first franchisee, and believes he’s made a solid investment. The cost covered a work trailer, tools, iPad and ongoing training, marketing and support.
“The business had been going for five years before I bought in and I had seen what they had done and liked the product,” he said.

Victoria’s Joe Pingiaro spent $70,000 on an Appliance Tagging Services franchise in 2008. The business provides an electrical safety testing and tagging service. “A lot of people ask how long it takes to get your initial investment back. But I look at it as an investment that will be returned when I sell the business,” he said.
Mr Pingiaro said it was realistic to expect an income of between $40,000 and $50,000 in the first year. “In five years I’ve more than doubled that, which is a good place to be. People expect the world in their first year, but it takes time to build up a client base.”