New super caps a step in the right direction 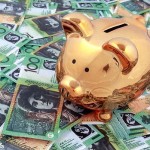 The federal government has recently lifted the concessional contribution cap, prompting debate on whether it should be raised further. With the number of people receiving the aged pension rising every year, there’s an argument that it is in the government’s interest to encourage people to fund their own retirement, rather than rely on welfare in their old age.

Many argue the concessional contribution cap should increase as people near retirement, so they can fund their own retirement and not rely so much on the state. According to Shirley Schaefer, superannuation partner at professional services firm BDO, most people will only have surplus cash to make additional superannuation contributions as they approach retirement when the mortgage has been paid off, school fees have ceased and the kids have moved out.

”Even when members have contributed [to their super fund] their entire working life, the superannuation guarantee rate of 9.25 per cent will not be enough to provide a comfortable retirement position,” says Schaefer.

She says many people will only have five to eight years to make maximum superannuation contributions. ”For most members this will not be enough. The maximum contribution limit should be increased. Only five years ago, the contribution caps were $50,000 for the under-50s and $100,000 for the over-50s.”

”It would be nice if the concessional cap was back up to $50,000. But the government has a lot of debt to pay back and it has to increase taxes somewhere,” he says.

While it’s true the government has a job on its hands trying to reduce its borrowings, spending on welfare payments such as the aged pension is only adding to its debt burden. So it’s a balance between putting in place policies to encourage people to fund their own retirement and making sure it’s collecting enough tax to meet its obligations.

According to figures from the Department of Social Services released last year, in 2002 1,818,206 people received the aged pension. In 2012 this figure had climbed to 2,282,592. In addition, Treasury numbers show government spending on pensions and income support payments is expected to grow from 6.5 per cent of GDP in the 2014-15 financial year to 6.9 per cent of GDP in 2049-50. So finding a balance between having to fund pension payments and encouraging people to fund their own retirement is one reason the government can’t do away with concessional caps altogether. Rorting is another issue.

Brad Callaughan, director of accounting firm Callaughan Partners, says there needs to be a cap because there are always people who will take advantage of the system. But he says the cap should not apply to anyone on a salary and wage income. ”If someone makes $500,000 in ordinary time earnings then they should be paid 9.25 per cent super on that money.”

Under this system, he says, although the government will miss out on the income tax from the money contributed to super, it will still receive 15 per cent tax on super contributions. In addition, extra money in retirees’ pockets will flow through the economy and therefore also increase the government’s tax take.

Of course, one way to increase retirement savings is through non-concessional contributions. These are contributions people can make to their super fund on an after-tax basis. The cap is $180,000 for the 2014-15 financial year, up from $150,000.

Retirees can also contribute up to three years’ non-concessional payments in a single year.

While there’s been no indication from the government it’s intending to lift the concessional cap back to $50,000, the fact it lifted the cap this year is a step in the right direction.