Chasing money through the courts 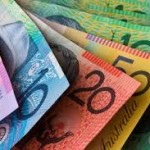 Chasing overdue accounts through the courts is the small business owner’s worst nightmare. It means taking time away from the business and potentially having to pay legal fees, and it certainly doesn’t guarantee the money will be recovered. Nevertheless, if you run a small business it’s essential to understand how this works.

Domenica Riggio from D Riggio and Associates Solicitors, which specialises in debt recovery litigation, explains the process needs to begin well before the matter is brought before the courts.

Craig Savage, the managing director of IRS, a Brisbane-based debt collection business, says although the debt collection process through the courts varies slightly from state to state, it is essentially the same Australia-wide.

Savage explains that the statement of claim should outline the grounds of the case, for example, when the contract was entered into, when the ­outstanding invoices were issued and what the total debt is.

“The documents can be filed at court by mail, in person or lodged online. Once the claim has been processed it needs to be served on the debtor and they will have a period of time, typically 28 days, to respond. The debtor’s options are to pay in full, come to some other arrangement acceptable to the creditor or to file a defence disputing some or all of the debt. If the debtor does neither then the creditor can obtain a default judgment,” he says.

If the defendant doesn’t respond to the statement of claim, the matter will go to court to be heard ex parte – without the presence of the defendant.

Savage says one of the reasons the matter gets to the stage of legal proceedings is because the debtor has been ignoring the debt.

“The last thing a creditor wants to do is throw good money after bad so it’s a last resort to go to court. The reason I say this is because court statistics show 98 per cent of finalised civil consumer debt matters are via de fault judgment, although my experience says this figure is really closer to 80 or 90 per cent. Certainly the vast majority of the time the debtor will continue to ignore you.”

A court will issue a judgement order that directs a person to pay a debt. But, says Katherine Hawes, founder of Aquarius Lawyers, it does not guarantee the debt will be paid. “It is simply recognition of the debit,” she says.

In fact, the tricky part can be ­enforcing the judgement. If the ­defendant admits liability and offers to pay the ­outstanding debt, there will still be an agreement to pay either the whole amount or a lesser sum that’s negotiated.

“Sometimes I advise my clients to take a lesser sum, rather than having to incur the cost of pursuing the full amount. For instance, if a client is owed $10,000 and an offer is made for $8000 it becomes a business decision whether to chase the full amount, which will cost money and could take months to be paid,” says Hawes.

If the defendant fails to defend a liquidated claim, the creditor can receive legal recognition of the debt after 28 days from the date of service of the statement of liquidated claim.

“If the defendant decides to defend the liquidated claim, the matter will be heard by the appropriate court.

“On the balance of probabilities, judgment will be granted to the plaintiff or the matter will be dismissed,” says Hawes.

Cases where the amount of debt cannot be quantified, such as commissions or royalty payments, are known as unliquidated debts.

“In these cases, the process is slightly different in that an initial letter of demand is not required,” she adds.

“If the defendant defends the statement of claim within 28 days from the date it’s served, the matter will be decided by the appropriate court on the balance of probabilities. Even though at this point you may have a court order, the next step is receiving your money.”

If the debtor refuses to pay, the creditor has a number of options. These include an examination summons and writ of execution against goods or land.

“Another option is garnishees or attachment orders, where the debtor is ordered to pay a proportion of the debt to the creditor in instalments. The ­garnishee order is served on a person – such as an employer who owes the debtor wages or a bank who holds money in credit for the debtor – owing money to the debtor. A debtor can object to a garnishee order if it results in the debtor or his family being ­impoverished. A garnishee order needs to be renewed on a frequent basis,” says Hawes.

“With instalment orders, debtors agree or are ordered to make regular payments according to their capacity to pay and interest is charged on the outstanding sum. This is the preferred option to recover a debt because the debtor has agreed to pay it,” she adds.

If all else, fails bankruptcy against an individual or liquidation of a company are other strategies that can be pursued.

Chasing debts through the courts is a lengthy, usually stressful process. It’s worth using the services of experienced lawyers and debt collectors, even if their services come with fees attached, to ensure the smooth running of the case.