Owners’ corporations are an exercise in frustration 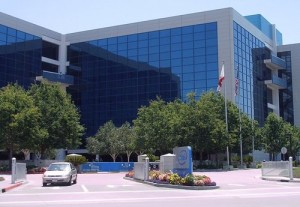 I have just attended my very first AGM of the owners’ corporation for the building in which I bought a unit last year. Don’t know why I bothered. I had visions of the meeting lasting into the early hours, intense wrangling over the ins and outs of managing the building. Heated debate. All the stuff I love.

Oh how wrong I was. The meeting lasted 30 minutes. Only one other owner and I attended. Not even the chair of the executive committee bothered to show.

Now I guess there are a few good reasons for this. The agenda was fairly procedural – confirming the minutes of last year’s meeting, approving and adopting the accounts, that sort of thing. But if you have a considerable investment in an asset, I would have thought it would be in your interest to attend the annual AGM. What if we’d decided to spend all the money in the sinking fund on gold plated doorknobs? Or approved a plan to put another storey on the building (something I would have loved to have raised).

I’m sure a general apathetic attitude is what kept people away. But it would also have been a good opportunity for all the owners to get together and talk about ways to improve the building and therefore the value of the asset we collectively own. It only happens once a year – you’d think it would be worth putting in a few hours’ effort to try to maximise the building’s value.

But what do I know? I’ve only been an owner for a year, while many of the other owners have been here for ten years or more. Maybe they’ve already thrashed out all the options for the building, without anyone ever reaching agreement about what should be done, and they don’t think there’s any need to talk about it anymore.

Which brings me to my next point. Boy, didn’t I underestimate what it would be like having to involve other people in decisions that affect my property. To renovate my kitchen, I have to change a massive old hot water system that is smack bang in the middle of my kitchen wall, unenclosed. My plumber tells me for water pressure reasons (and cupboard space) the best option is to put the new heater outside on an external wall rather than back in the kitchen.

I’m tearing my hair out as we speak. The approval process to put the hot water system on common property could take months – and there’s certainly no guarantee I’ll even get approval. Which is why I now have to talk to my plumber about finding a solution that doesn’t involve putting the hot water system outside.

But at least one positive has come out of this experience. At the AGM I managed to put myself on the executive committee of the owners’ corporation – at least giving me a little more say over how the building is run. Other owners be warned: I am a stubborn and tenacious person and I have plans for this building. Big ones. Stay tuned.