What does aged care cost? 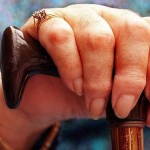 Major changes to the way the cost of aged care is calculated start on July 1. For people moving into an aged care facility, the most significant shift is the way means testing works. For people who remain in their own home and receive care, the big change is the formalisation of means testing.

For those who need to start getting care, Rachel Lane, the principal of financial advice network Aged Care Gurus, says it’s important to understand the difference between the costs when you remain in your own home and the costs when you live in a facility. At the moment, she says, when you remain in your own home it’s up to the care provider to undertake means testing. Many do not have the right systems to do means testing, which has led to a situation where those who have the means to contribute to their care may not pay enough and those with modest means sometimes pay more than those with more substantial assets and income.

She says all this will change come July 1, when means tests will be based on criteria set by Centrelink. Under the new system, when someone’s income rises above $ 22,701 a year, the individual will pay a levy of 50¢ in every dollar earned above this amount. Full pensioners won’t pay anything in addition to the basic fee of $9.39 a day, the equivalent to 17.5 per cent of the pension, paid by everyone who receives home care.

But it is more complex when it comes to the cost of aged care facilities. From July 1, a comprehensive means-testing system is being introduced that determines whether the government will contribute to the cost of accommodation, and how much residents need to contribute towards their cost of care, looking at both income and assets.

As Lane explains, residents will pay 50¢ out of every dollar earned above $22,701. Under the asset test, the government calculates the value of 17.5 per cent of assets valued between $40,500 and $144,500. Both the assets and income means tests are added together and if the outcome of the two tests exceeds $50 a day the government won’t contribute to the cost of accommodation. But this is just the first part of the formula.

Under the second part, the government calculates the value of 1 per cent of assets, on assets valued at between $144,500 and $353,500, and 2 per cent of assets, on assets valued above $353,500. ”This works out the capacity to contribute to the ongoing cost of aged care. The income and asset tiers are added together, then the $50 a day is subtracted from this amount to determine what someone can afford to pay,” Lane says.

There’s a lifetime limit of $60,000 and once a resident’s payment reaches this figure, he or she won’t contribute to the ongoing cost of care. But, Lane says, residents do pay for their accommodation and contribute a daily care fee of $45.63, or 85 per cent of the pension.

This is in contrast to the previous system, under which residents had choice over the value of their accommodation bond.

Let’s say a facility charged an accommodation bond of $350,000. Then assume a resident sells his or her home for $600,000. The resident could negotiate to pay a bond of $600,000, which would ensure he or she could still receive the full-aged pension. The resident could then negotiate not to pay a retention fee (which has been abolished under the new system – instead the accommodation deposit is fully refundable).

”Under the new system, the aged care facility will charge a bond or equivalent daily charge set at the market price. The resident will need to determine how much to pay by bond, by charge or by a combination of both, with a view to their pension entitlement, ongoing care costs, estate planning and tax situation,” Lane says.

In the new system, bonds are called Refundable Accommodation Deposits (RAD) and the daily charge is called a Daily Accommodation Payment (DAP). Lane says if a facility sets the RAD at $350,000, the DAP is calculated by multiplying this by the government interest rate, which changed to 6.59 per cent on January 1.

However, residents can also pay a RAD, or a DAP, or a combination of both. ”The facility sets the price and you choose how you pay,” Lane says. ”The issue is that now residents can’t negotiate the bond they pay, instead everyone pays the market price.”

The problem is that because of a lack of beds, residents might have to take whatever bed is available and pay the price set by the facility. ”A market price system is something that appeals to most people because it represents choice and value. But the reality is that residents only have a choice of a cheaper bed and a more expensive bed if both are available at the time,” Lane says.

What it costs to remain at home A case study of a recent client of aged care providers Absolute Care & Health demonstrates how the use of private in-home care can be used as a top-up service for government services, keeping the cost of care low but the quality of care high.

Peter* is an elderly gentleman eligible for Department of Veteran Affairs funding, and is a self-funded retiree. Peter’s wife had a stroke in 2013 and it was important to the couple that she be able to die at home, to allow them to be together until the end.

Given his access to DVA funding, Peter received a low level of daily assistance from the government, as well as council care that provided one hour of services a day. In addition, Peter employed Absolute Care & Health’s services to provide a top-up, higher-care service that involved five hours of care a day, seven days a week.

Absolute Care & Health provided support for Peter and his wife for more than a year. Director Tull Roseby estimates it would have cost Peter more than $500,000 for that time in an aged care facility ($150,000 in cash, plus the DAP and RAD.) He says Peter’s weekly Absolute Care & Health fees were between $900 and $1500. (Services are charged on an hourly basis, which means the cost is determined by the number of hours of care provided each day.)

The cost of high care In this scenario, provided by aged care facility providers Carinity Aged Care, Jane*, aged 85, owns her own home valued at $250,000, has $100,000 in other assets and is going into a high care assisted facility.

The key here is that Jane lives alone. As no carer or spouse will remain in the home, it will be included in the assets test. In this case, Jane has assessable assets of $350,000. The minimum asset value that an intending resident must be left with is presently $44,000.

As Jane’s net assessable assets are greater than $113,784, she would be responsible for paying accommodation fees. After selecting a room, Jane would choose whether to pay a RAD or a fortnightly DAP or a combination of RAD and fortnightly DAP. The RAD or DAP depends on the quality and location of the aged care facility, and the quality, location and features of the selected room.

The cost of couple care This scenario, provided by Michael Miller, a financial adviser at MLC Advice Canberra, explains the situation of a couple, Shirley*, aged 65, and Dennis*, aged 70. Dennis is going into an aged care facility, they own their home valued at $500,000, have $10,000 in personal assets and have super of $800,000.

Shirley will remain in the home and work part-time earning $400 a fortnight. Assuming that the aged care facility quoted $54.31 a day for the DAP, Dennis would have a choice to pay this or could also pay the fee as a RAD of $300,000.

”In this case, we will assume that Dennis chooses to pay the RAD, as he and Shirley have investments available in the form of superannuation to pay for this.

”The amount paid for the RAD is also excluded from the age pension asset test, which would have the effect of increasing Dennis and Shirley’s pension payments,” says Miller.

Being part of a couple, Dennis’ income and assets for the purpose of calculating the means-tested fee will be half the combined assets and income.

Because Shirley remains in their home it is not included in these assessments. Dennis has assessable income of $27,119.60, which is above the income-free area of $23,878.00 a person for couples.

This means Dennis pays a means-tested income fee of $4.45 a day. His assets for the means-tested asset fee will include half of the remaining super, personal assets and also the RAD paid for his entry to care.