Changes on the cards for dark pool rules 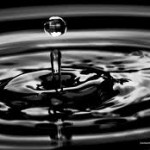 Debate centred on the impact of upcoming legislation around dark pools and HFT, slated to be introduced in mid-2013. There was also discussion around ASIC’s new research into these topics, released last week.

The research found the order-to-trade ratio in dark pools in Australia is mostly below 4:1. In contrast in the US this figure is 50:1. In addition, 3.6 per cent of all untraded orders in dark pools are less than $500. The median trade size is $400.

In Australia there are 20 dark pools, 16 of which are run by investment banks. Significantly, operators trade as principals in eight pools and account for 30 per cent of trades in dark markets.

“Most of the activity in dark pools is okay. We do have some concerns about getting clarity about how they work; sometimes the pool is not as dark to the operator and their friends as others,” she said.

Gibson stressed dark pools are run efficiently: “I want to say we didn’t see any fundamental degradation in the quality of markets as a result of HFT and dark pools.”

She said the study found no systematic abuse of markets as a result of dark pools and HFT and that the regulatory framework around dark pools was working well. The research found spikes in market prices were by and large not attributable to HFT.

Nevertheless, ASIC is proposing some changes to the regulatory structure around dark pools, especially in relation to price discovery. Problems can arise when market participants make a number of very small trades, giving them the ability to discover prices in the market and use these insights for future trades – effectively giving them information about an ostensibly dark market other participants do not have.

To this end, ASIC is proposing a minimum order threshold for dark markets of 10 per cent of the market, to reduce the risk of participants discovering prices and perverting trading in dark markets.

Gibson said ASIC is also proposing to ban small orders less than $500 that sit in the market for less than half a second. “What this means is that people will need to adjust their algorithms,” she explained.

She said the regulator was committed to keeping on top of market developments and was poised to introduce a new market supervisory system that was “HFT-like.”

Professor Carole Comerton-Forde, Professor of Finance, University of Melbourne, who conducted the research for ASIC, told delegates the study had found a shift in dark liquidity away from ‘block trades’ valued at around $1 million. Block trades are large trades.

This is significant because one of the reasons dark pools were established was that so institutions that needed to process a large order through the market could do so without that order affecting market prices.

“Numbers of non-block trades have increased by about 400 per cent,” Comerton-Forde said. This showed institutions were now using dark liquidity to manage trading costs. She also said markets need better understanding about the impact of dark pools on price discovery.

Greg Cooper, chief executive officer, Schroder Investment Management, representing the buy-side of the debate, said his cohort of fund managers had been relatively quiet about issues to do with dark liquidity and HFT until now.

“The buy side until recently has been pretty quiet in this debate – partly due to the fragmentation of the market and a lack of understanding. It’s not at the forefront of fund managers’ minds,” Cooper said.

“When you look at the debate, some of it has been uninformed – calling for banning of HFT misses point. It’s here to stay and difficult to define,” he said.

Cooper said his business’s participation in the debate about HFT is framed by two considerations. “The first is what the function of a marketplace is about. It’s to allow for efficient allocation of capital to businesses. That is a long-term exercise – it’s not about short-term turnover. You make those decisions on a long-term basis. The second frame of reference is the total cost of changing that allocation from one business to another. That’s our focus,” he explained.

According to Cooper, in 2012 Schroder executed AUD8.5 billion in Australian equity trades, with an average length of an order of between 600 and 2000 minutes. He said it can take days to execute a change in allocation of capital from one business to another. In the debate about HFT and dark pools, his focus is on how they change transaction costs for fund managers.

Cooper agrees with Gibson that HFT is not a major issue in the Australian market: “largely as a result of actions ASIC taken; it’s worked to prevent HFT taking over in our market.”

He said any further regulation should focus on making sure no one player has an unfair advantage in dark markets. Commenting on the findings of the ASIC study, he said: “we do have issues with principals trading in dark pools and we’re surprised by the finding that 38 per cent of dark pools [involve] principals trading. We require dark pool operators to turn off principal trading.”

“Other regulators can learn from this approach. For instance, German HFT regulations are driven politically, without empirical research,” he said.

In his address, Hilgers focused on the need for market participants and market operators to develop sound risk management frameworks around HFT and dark pools to maintain market integrity.

“Market participants need to build systems concerning risk – not just comply with the minimum requirement of operators. Market operators are also more than just a matching engine and need to take a stronger role in market integrity,” he noted.

Hilgers made the point that execution of orders involves a complex chain of processes. He said market participants need to establish pre-trade filters with minimum standards to prevent participants playing risk arbitrage between markets.

“Minimum standards are another layer of defence and will improve market integrity,” he said, acknowledging many dark pools have addressed this by introducing measures to protect integrity such as kill switches.

Said Hilgers: “the most critical capability is a testing environment to allow for improved simulated testing of algorithms.”

Elmer Funke Kupper, managing director and CEO of ASX Limited, said it was important to be honest about what was going on in markets when introducing new regulatory requirements around dark pools. His perspective was that market fragmentation was a negative and that trades should go to a ‘lit’ market “unless there’s a good reason not to go there.”

“The challenge is to regulate markets so that everyone has access to the same price discovery measures – not just members of broking firms.”

He said some behaviour by participants in dark markets does undermine confidence. “We don’t think today that it’s about speed it’s about proliferation; the number of trades.  ASIC has already taken action around this. [We should] maintain a setting that works, add controls for small orders and avoid costly, ineffective controls.”

“The key message is that Australia has strong fundamentals and is one of the most successful markets on planet. We continue to believe ASIC is doing a good job.”