How to fix a dead laptop 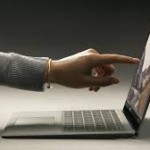 Last week my laptop died. Well, that’s not strictly true – its power socket did after a power surge blue it out, rendering it impossible to recharge.

When it stopped recharging I hoped the power chord was at fault, and that’s all I would have to replace when I rocked up to JB Hi-Fi to replace it first thing Monday morning.

But alas, the whole computer had to go. So I bought a replacement and took it to my exceptionally talented IT guy Ben Tan at Manly Computronics> He took one look at its tiny, 90 gigabyte memory and sent me straight back to JB to get one with enough memory, which was 256 gigabytes.

I was very impressed with JB Hi-Fi at Warringah Mall – shout out to Hugh who helped me. Even though I had opened and used the first laptop, they were happy to exchange it for the bigger one.

Anyway, plugs over, it taught me a lot about what I’m doing wrong with my IT system.

First, I should have replaced the laptop, which was five years old, well before it turned up its toes. It had done its duty and as risk management I should have bought a new one earlier.

Because that would have avoided me missing a day and a half of work while I faffed around buying a new laptop and while Ben transferred everything from the old computer to the new one.

As an aside, I was told I should have invested in and connected the computer to a powerboard that protects against electricity surges. I had actually done that. So I’m not sure if that system failed or the laptop was just too old. Just a word of warning.

I also now need to find a solution so that in the event something happens to my new laptop – it gets stolen or I break it – I’m not down for 24-hours plus.

I guess I’ll have to bite the bullet and get a back-up computer – but I don’t really want this expense, especially as it will sit there idle almost all the time. So I asked James Eling from IT consultancy Extreme Networks about the best way to protect my business the next time I’m faced with a dead laptop.

Eling says laptops are actually a good disaster preparedness device. For instance, if the power goes out, at least you’ve got the battery life on the computer you can use until the power comes back on or you can go somewhere that has power.

A cost-benefit analysis is the salient factor in any decision about whether I need another computer.

“You have to have a think about how much downtime is going to cost you,” he says.

In my case, my laptop’s death cost me a day and a half, which was hardly ideal. I didn’t lose clients due to missing any deadlines – but that was just luck.

At a pinch I could have borrowed any computer – or even gone to the local library and jumped on one of theirs – and accessed most of my documents through Dropbox and sent stories to my clients over webmail.

When it comes to his risk management, Eling says he has a desktop computer and a laptop. “They both run the same applications and my data is stored in the one spot, and that’s backed up. Because the thing that’s most dangerous about a laptop is that all of your data is on it. Time and again I hear stories about people leaving them in the back of a taxi, on a train, someone steals it, or it dies. For a sole trader, that’s their entire business gone.”

I’m still tossing up whether I need a desktop and laptop. I suspect the answer is yes because next time this happens, I can’t risk losing an important client.

Ben also recommended I get an external hard drive as an additional back up. Almost everything on my system is backed up to the cloud, which is a good first line of defence. But with my external hard drive, now I have a second one.

While the episode was an annoyance, it’s actually been a good lesson for me, and part of the ongoing renovations I’m doing on my business to make it more robust, structured and professional.

How is your business protected in the event your laptop dies? Share your comments below.

Euro set to rise as Eurozone holds firm Should you start a business in Estonia?
Uncategorized