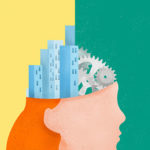 The very first autistic candidate Martin Wren put forward was for a role in an accounting firm. Wren thought everything was going really well – up until the point the candidate said, “can we stop this interview, it’s one of the most boring things I’ve ever done?”

Wren is the CEO of specialist disability employment agency Nova Employment, which has placed scores of candidates in its 30-year existence.

As the anecdote above demonstrates, an inability to lie is a typical trait of an autistic person – and people who behave like this are fantastic assets for accounting firms, where honesty is essential.

Accounting firms must be focused on creating a competitive advantage and point of difference in the market. One way they can do that is through employing people with a range of different strengths, for instance by creating an environment in which neurodivergent people can fully express their talents.

University of NSW researcher Dr Dawn-joy Leong explains neurodiversity is a term that describes the broad range of human minds.

“Humanity is made up of people with different kinds of minds that function in varied ways. Neurodivergent people are those whose neurological function differs from the normative population,” she says.

The word neurodiversity was coined by Australian autistic researcher and sociologist, Judy Singer, in the late 1990s.

“The neurodiversity paradigm is a perspective that every kind of mind is equally deserving of respect and value, and therefore potentially capable of contributing powerfully to society in positive ways,” Leong says.

The term covers people on the autism spectrum, as well as those with ADHD, dyslexia, dyspraxia, Tourette syndrome and Down syndrome, among others.

There’s a stack of evidence that proves the business benefits of employing neurodivergent people. JPMorganChase compared a neurodiverse team with a neurotypical team doing the same work and found the neurodiverse team achieved 48 per cent higher productivity.

Additionally, a 2016 study by Curtin University found employing adults on the autism spectrum benefited employees, employers and their organisations, without increasing costs.

The neurodiverse pool of talent is also substantial – but there’s a huge under-employment problem. On World Autism Day in 2016 the United Nations announced more than 80 per cent of adults with autism around the world were unemployed. In Australia, only 40.8 per cent of people on the autism spectrum are employed.

This is an opportunity for the accounting sector, which could greatly benefit from neurodivergent people’s skills. Martin Wren has an example from Nova Employment’s candidate pool.

“When David* came to us he was overweight and withdrawn. By participating in our three-day-a-week program, he came out of his shell and after about four months, he was a totally different young man – someone we could present to an employer,” he explains.

David was successful in securing a role in the accounting department of a not-for-profit organisation, and Wren says, “he absolutely blossomed. He started off on the minimum wage and within a year, they promoted him. He’s been on a stellar course ever since and has now been employed for eight years. He earns every cent he gets and what he gets is a significant sum of money because he’s become very valuable as what he can do is spot errors.”

Andrew Eddy, a director of the Untapped Group, which assists workplaces to build neurodiverse teams, says everyone thinks differently – and world-beating teams often comprise people with a range of views.

“The idea is to have a much more vibrant and creative process in everything we do by bringing people who are wired differently into the workplace. There are steps businesses must take to accommodate them, but the potential benefits are astounding. With the scarcity of available talent, we have to be looking at different ways to get a competitive advantage.” Building a neurodiverse team is one way to do that.

The Untapped Group supports the DXC Dandelion Program. Initially, this initiative placed 24 neurodiverse people in software-testing roles at the federal government’s Department of Human Services. The results were outstanding – anecdotally, the team was 30 per cent more productive than other teams doing the same work. It has subsequently placed more than 34 neurodiverse individuals in other government departments, with a 92 per cent retention rate.

In the program, a pod of autistic trainees is coached by technical team leaders and supported by an autism spectrum consultant, who helps make the organisation aware of the needs of autistic people and what to expect when working with neurodiverse people.

The Untapped Group is also rolling out the Neurodiversity Hub through Australian and some US universities. The intention of the Hub is to connect not just IT but also other types of businesses with neurodivergent graduates and help build a pipeline of graduates who are work-ready.

Eddy says neurodivergent people are often extremely valuable for accounting business. “If you’re looking for someone with incredible attention to detail who is happy to do repetitive tasks, then that fits well with the skill set of some people on the spectrum.”

He says internships are a way companies can trial working with neurodivergent people. Additionally, being part of the Hub is another way to explore how neurodivergent people benefit businesses. For instance, there are opportunities to fund the development of training materials, provide speakers to talk to students about different careers, as well as mentoring and job shadowing opportunities.

“I’m having discussions about this with accounting firms and banks and other businesses that could gain from employing neurodivergent people.”

Western Sydney University researcher Katie Sutherland, who is about to publish her thesis and a book on autism, warns against applying the ‘Rain Man’ stereotype to people on the autism spectrum. Rain Man is a movie that stars Dustin Hoffman as an autistic man and mathematical genius – in one scene toothpicks fall on the floor and he’s able to instantly count them.

“Just because a person has autism or ADHD doesn’t mean they have the same mindset as another person with autism or ADHD. But in saying that, there are some people on the spectrum who are very passionate about numbers and systems and of course that’s what you need if you’re working in an accounting firm,” she says.

Sutherland says apart from their numeric skills, people on the spectrum often have a unique way of seeing a problem that’s valuable to accounting firms. “That’s where innovation comes in.”

Eddy’s advice for businesses considering employing neurodivergent people is to make a strategic decision to employ them, join the Hub and consider one or two activities to start with and over time build up the program.

While it’s a stereotype all autistic people are numerically gifted, many have skills that can be a real advantage in an accounting firm.

Leong says generally, autistic employees are more work-oriented, dedicated and focused on tasks, and less easily distracted by social complexities. “They will be less likely to whittle away time chatting with other workers. Autistics are also mostly more loyal employees and less likely to job hop if the workplace is respectful and acknowledges the autistic person’s contribution.”

Accounting firms’ shared service centres also provide employment opportunities for neurodivergent people to be employed. “This is the engine room where transaction systems must work perfectly. A pod of autistic bookkeepers and accountants can take this to another level. Instead of offshoring this, the opportunity is to employ people on the spectrum who can be productive, work quickly and have English as a first language,” Eddy adds.

He also points to a program the professional services firm EY has implemented in the US where a neurotypical person is client facing, but is partnered with a neurodivergent analyst who work as a team. “It’s a strength-based approach, which is a key part of working with people on the spectrum.”

“We recently conducted a project on a unique autistic internship scheme at Deutsche Bank UK, looking at the views and experiences of autistic graduate who were part of the scheme, as well as their hiring managers and their colleagues. The hiring managers involved in the study felt that the scheme could add diversity, develop a culture of inclusivity and encourage new ways of thinking,” she says.

Employers and colleagues can help neurodivergent people be successful in the workplace by learning about the autistic paradigm, the way autistic people prefer to operate and thinking about how each autistic staff member would like to be treated in the workplace.

“The medical model of autism, painting autism as a bleak and barren existence with social impairments and lacking in empathic reciprocity, is outdated. The first step is to presume competence, rather than presuming incompetence,” Leong says.

She suggests companies wanting to benefit from autistic abilities should hire autistic consultants to advise on workplace adjustments and conduct workshops for everyone, including autistic staff.

“My emphasis is always on having actual autistic experts, who possess both academic and technical knowledge as well as lived experience, to advise on how to create a welcoming work environment, so that autistic and non-autistic employees may thrive together.”

Accounting firms that are keen to explore internship and employment opportunities for neurodiverse people are encouraged to contact Andrew Eddy and the Neurodiversity Hub. After all, all businesses could benefit from more a loyal, detail-oriented and productive team.

The 10 most innovative manufacturing and consumer companies